Preparing Men for Life by:
coming together as scholars, living as brothers, becoming leaders of tomorrow.

Alpha Gamma Sigma has a long history of building young men as a professional and social fraternity, founded in 1923. Our founders believed that their ideals were high enough to form the foundation of a new and unique national organization in 1931. The national organization has grown slowly over the years, ensuring we hold true to our 13 principles. The members and alumni of Alpha Gamma Sigma take pride in high standards and developing meaningful brotherhood that last a lifetime.

The National Executive Council provides programs for the betterment of the fraternity with an emphasis on brotherhood, chapter enrichment, and chapter recognition. These are highlighted each year at our National Convention. The Alpha Gamma Sigma SANSKRIT program was founded to provide brothers with ample opportunity for personal skill development both in the fraternity and on campus. Guided by our Thirteen Principles, men progress through the levels of SANSKRIT by accomplishing goals set by themselves and their peers. Each level provides accomplishments that will follow them throughout their life, and provide them with ample experience as they transition to life beyond college.


The mission statement of the Fraternity:

Preparing men for life by: coming together as scholars, living as brothers, becoming leaders of tomorrow.


The Thirteen Principles of Alpha Gamma Sigma are: 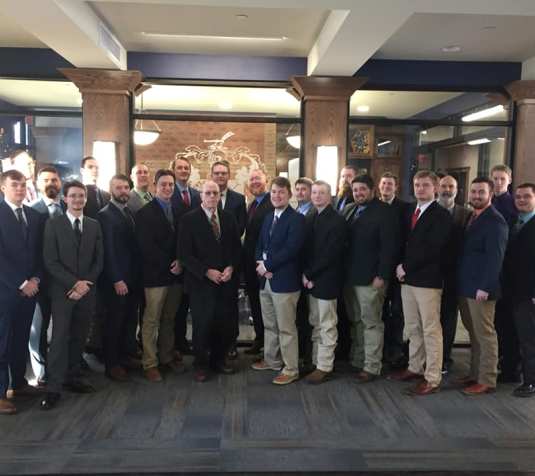 Sanskrit is a continuum of excellence. Continuum is defined as uninterrupted success or existence. Sanskrit was the name of an ancient Indo-European language that predates Greek civilization. Sanskrit was one of the first documented languages that brought together many dialects into one common language. Sanskrit in today's language means "Unity Toward Perfection".

The SANSKRIT CONTINUUM is based on the following tenets:

A successful fraternity is built upon brothers bound by a common set of values.

The fraternity experience must provide challenge and opportunity for character and personal skill development for all brothers and alumni.

Brotherhood must be present and strengthened among all members, not just among members of each new class.

Self and peer appraisal must be continuous throughout the years of active -membership.

Membership in Alpha Gamma Sigma is not a right of activation - it is a privilege that carries with it an obligation for active involvement, upstanding behavior, and personal contribution to the betterment of all brothers and the Fraternity. 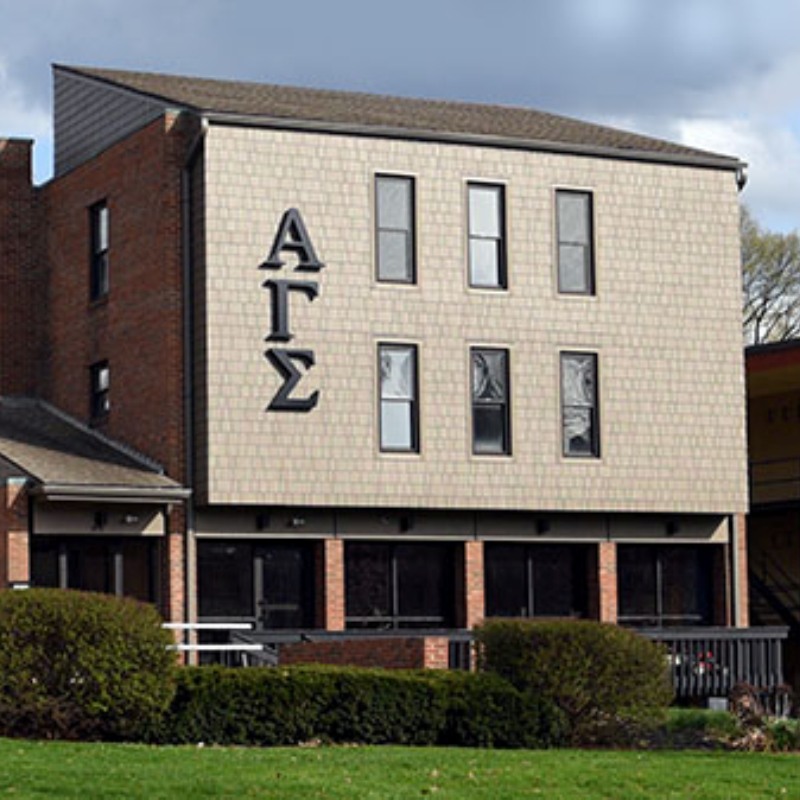 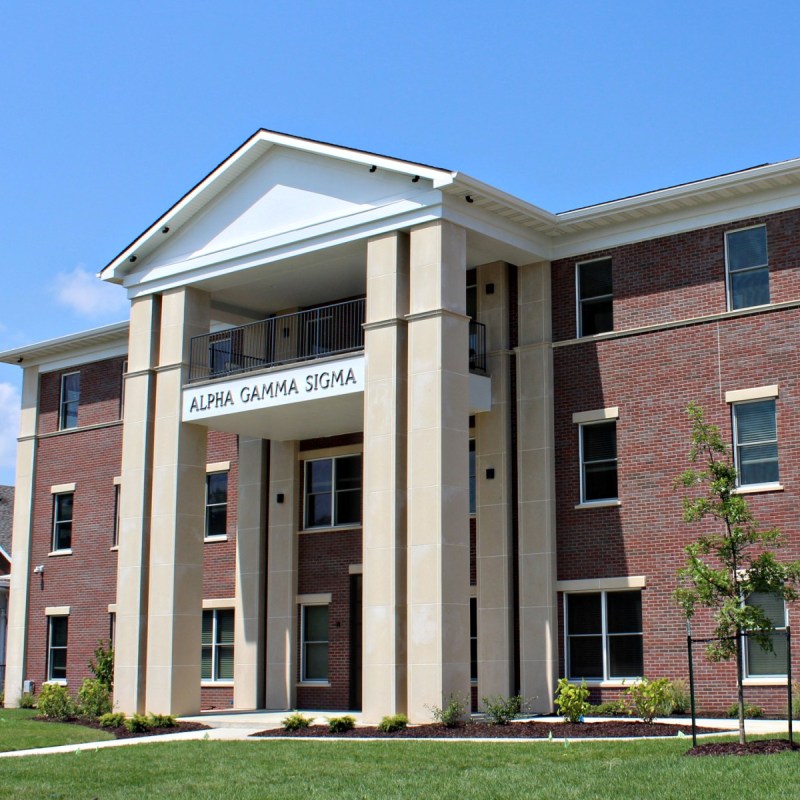 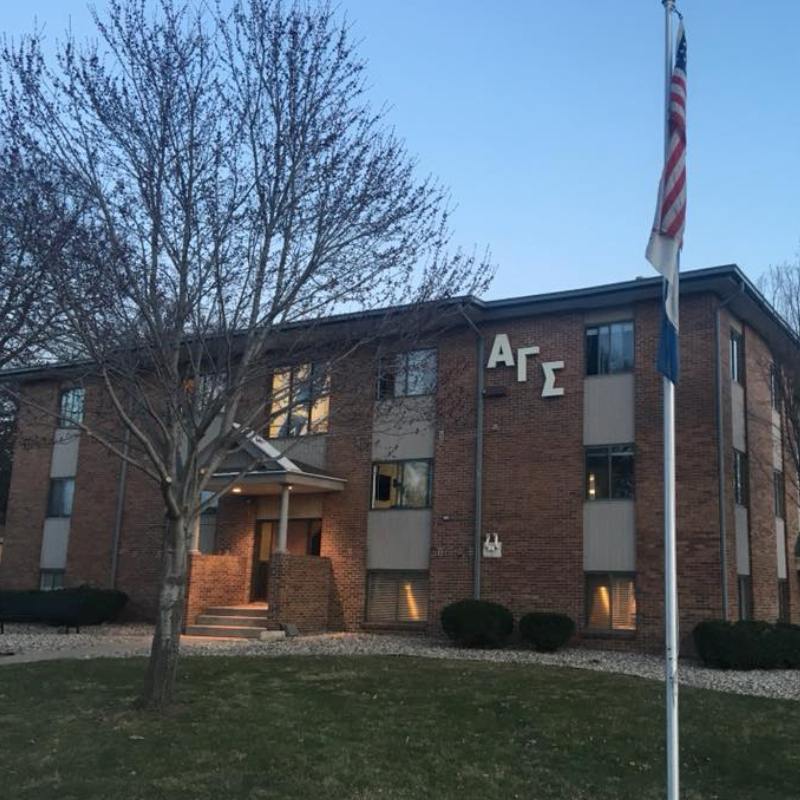 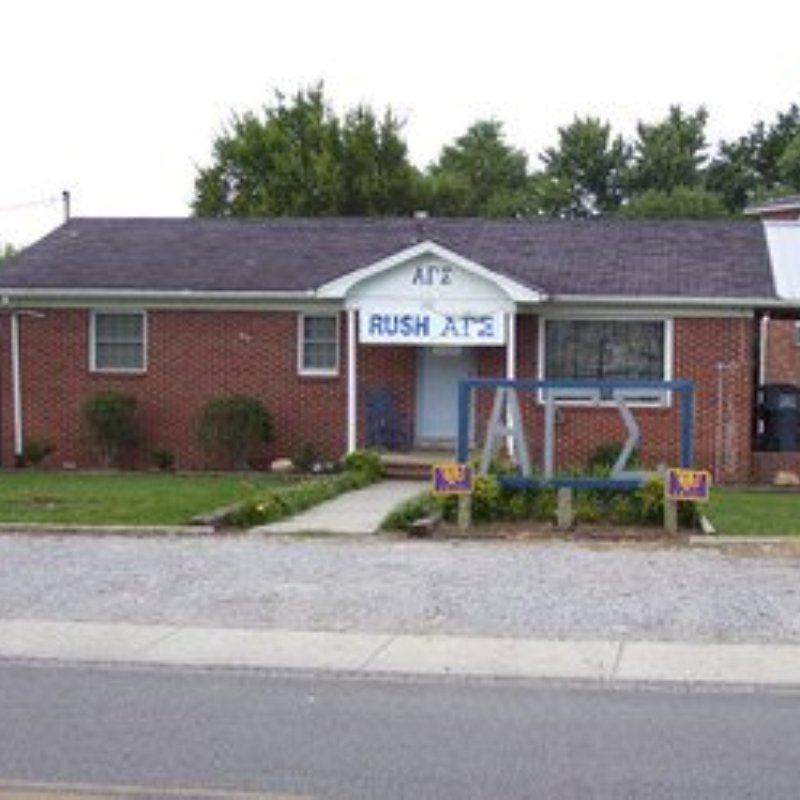 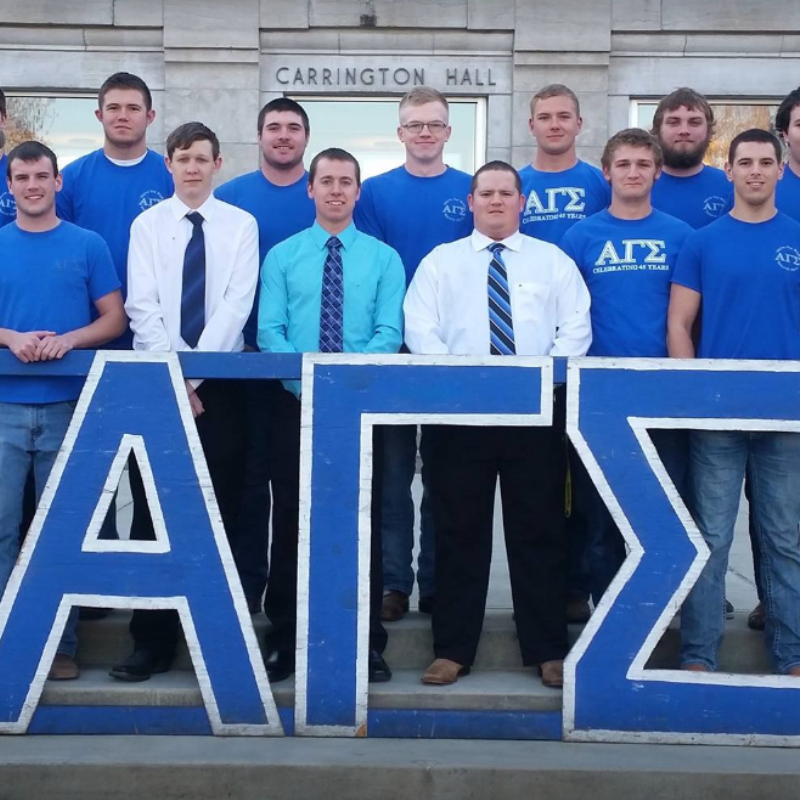 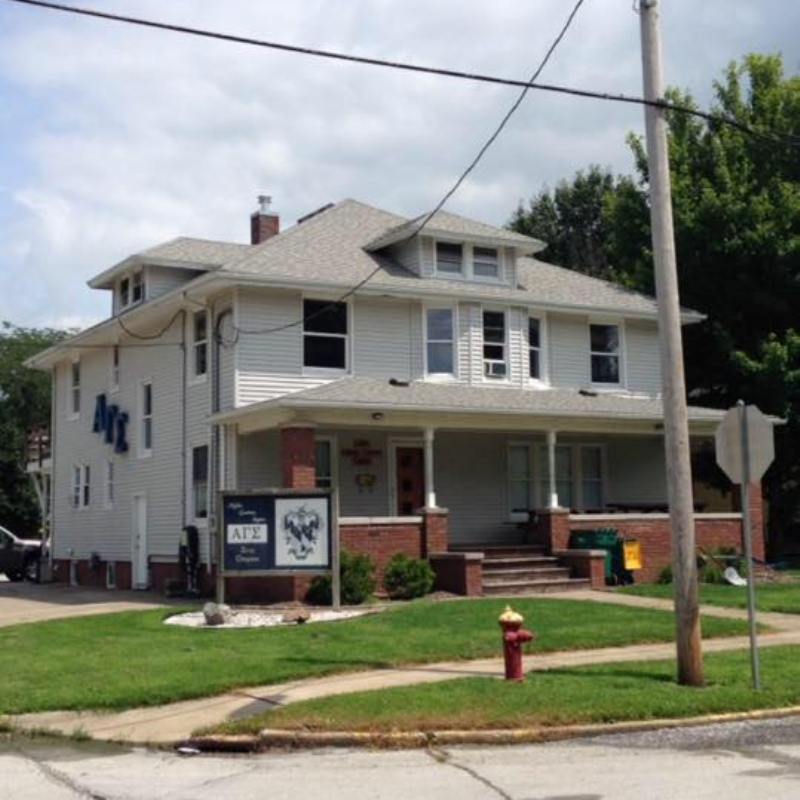 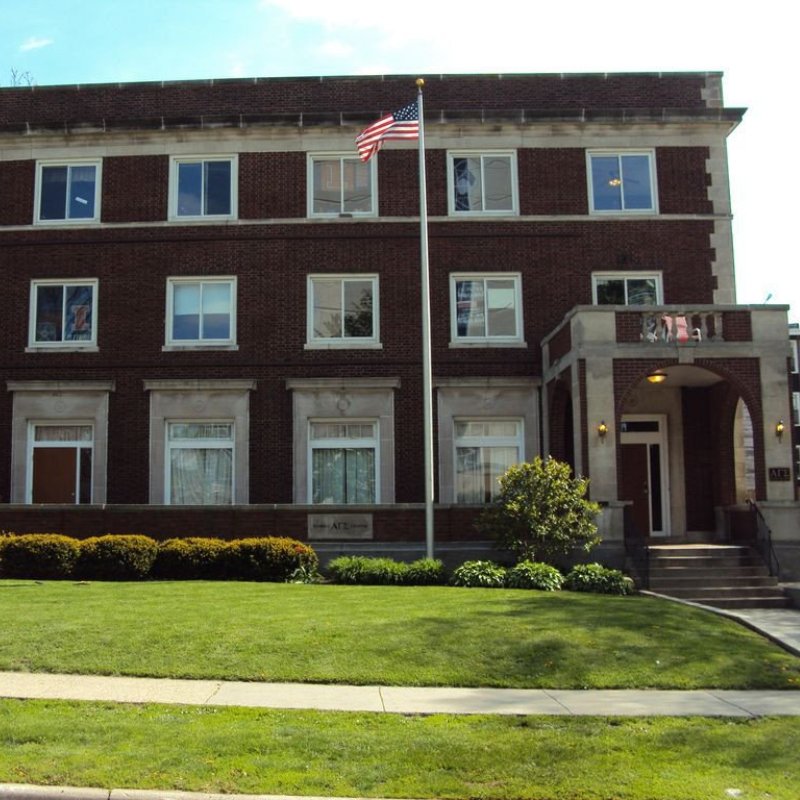 During the organization and growing period of Alpha Gamma Sigma, a similar organization was going through a period of development at Ohio State University. This organization was known as the National Agriculture Club. It was established October 23, 1922. During its first year its name was changed to Tau Gamma Phi Fraternity.

Tau Gamma Phi rapidly grew into prominence in Ohio State campus affairs, and ranked high in scholarship. It maintained as its ideals the advancement of agriculture, scholarship, athletics and the social development of its members.

Unknown to each other, Alpha Gamma Sigma at Columbia, Missouri and Tau Gamma Phi at Columbus, Ohio grew to be among the strongest fraternities on their respective campuses. Each had opportunities to affiliate with national fraternities but the members of these two chapters believed that their ideals were high enough to form the foundation of a new and unique organization. In March, 1931, members and alumni of Tau Gamma Phi met with members of Alpha Gamma Sigma at Columbia, and worked out a plan for joining the two groups in what now constitutes the National Chapter. A constitution was drawn up and officers consisted of the following: Clair E. Jones, president; Wayne Johnson, vice president; Don Rush, treasurer, O. E. Allen, secretary; and Delmer Glenn, historian, the Ohio chapter was designated as the Alpha chapter and the Missouri chapter as the Beta chapter.

The second General Convention was held in Columbus, Ohio, November 28 and 29, 1931. The constitution and by-laws were revised and adopted. The fraternity pin and pledge pin were also adopted. A new fraternity crest was designated and put into use. The ritual, secret grip, password, raps, and motto were adopted. Royal blue and silver were selected as the fraternity colors and the red rose as the fraternity flower. A committee was appointed to have a composer write a fraternity, sweetheart, and pledge song.

At the Tenth National Convention in November 1951, procedures were approved for expansion of the fraternity. Possibilities for new chapters at recognized Land-Grant Colleges were reviewed.

November 7, 1953, marked another memorable occasion in the history of AGS with the initiation of the charter members of the Gamma chapter. The first step in the organization of the Gamma chapter was taken when Assistant Dan Hixon of the University of Nebraska, College of Agriculture was contacted by members of the Beta chapter. Dean Hixon in turn approached the members of the Ag. Men's Club, an independent group of agriculture students at the University of Nebraska. The members of the Ag. Men's Club then asked Professor Donald R. Warner, an alumnus of the Beta chapter for additional information and advice. Professor Warner served as an advisor during the entire period of colonization. On March 14, 1953 a delegation from the Beta chapter met with the interested men at Nebraska to discuss plans for colonization. The Gamma Club of AGS was established on April 20, 1953. On November 7, 1953 the Gamma Club became an active chapter, The Gamma Chapter of AGS.

The year 1961 was marked as another growth year for AGS. On Saturday, May 29th a delegation of eight men from Alpha chapter and six men from the Beta chapter plus Grand President Emil Malinovsky and Grand Vice President Alfred Lehmkuhi, initiated 19 charter members into Delta Chapter of Alpha Gamma Sigma, located on the campus of Tennessee Technological University at Cookeville, Tennessee. Dr. E. B. Knight served as advisor during the period of colonization and is now an active member of AGS. The founding of Delta chapter was the first chapter below the Mason-Dixon Line.

Sixteen men were initiated into the Epsilon Chapter of Alpha Gamma Sigma on February 16, 1970. Through the work of two Beta alumni, Colin Collins and Van Ricketts, men at Southwest Missouri State University, Springfield, Missouri, were contacted and colonized by September 15, 1969. Ricketts remained in the capacity of advisor.

The Zeta Chapter of AGS was colonized officially October 1, 1970, at Western Illinois University, Macomb, Illinois. On April 3, 1971, during an off-year conclave, members of the other chapters met at Macomb to formally initiate 21 men into active membership in the Zeta Chapter. Also initiated was Gary Posler, faculty member who served with Jack Riley, Beta alumnus, as advisor to the new chapter.

Shortly after the initiation of Zeta Chapter, Alpha Gamma Sigma was unanimously accepted as a member of the National Inter-fraternity Conference on June 19, 1971.

The history of IlliDell Cooperative Fraternity dates back to the spring of 1949. Twenty students and two faculty members purchased a house located at 706 South Goodwin. The twenty founding students each contributed $100. Mr. Warren Goodell, an interested Ag faculty member, contributed $3000 to total the $5000 needed for the down payment on their first house. Because of his generous help, part of the IlliDell name is derived from Mr. Goodell's name. The rest of the name (Illi) comes from the word, Illinois.

Since its founding in 1949, IlliDell has been home to over three hundred fifty University of Illinois students, IlliDell members have a golden heritage - a heritage to be proud of. IlliDell probably has one of the most active alumni associations of any campus organization, and thanks to the wise planning of many students, faculty members, and to the faith and foresight of Mr. Warren Goodell, IlliDell has truly become a success.

In January, 1981 all present members of the IlliDell Fraternity became members of the IlliDell Chapter of Alpha Gamma Sigma. The decision to join a national organization came after the membership was assured that its place in AGS would not hide the previous hard work and cooperation that preceded it. ID is proud to be associated with a group of men that places professionalism high on its list of priorities.

The colony at Arkansas Tech University was the result of over two years of coordinated effort between the national officers and staff members, other AGS chapters and students of Arkansas Tech to ensure the success of the chapter. On November 20, 1999, 17 men were initiated as the charter class of the Iota Chapter.